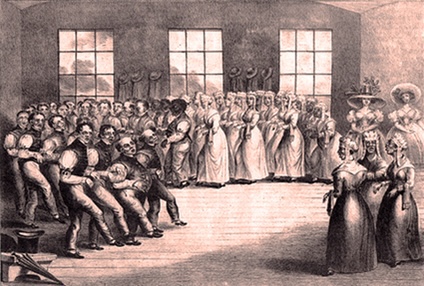 “Antonin Dvorak was born in a village just north of Prague. He was the oldest of nine children. His father was a butcher who wanted Antonin to become a butcher, too. But, when he saw how musical Antonin was, he made sure he got a good music education, including violin and organ lessons.
Dvorak got a job as a church organist, but what he really wanted to do was compose. So he entered his compositions in a government-sponsored contest and won. The prize money allowed Dvorak to quit his church job, and made him well known as a composer. In spite of the fact that he never took composition lessons, Dvorak taught composition at the Prague Conservatory. Antonin Dvorak wrote his Symphony No. 9, “From the New World,” soon after arriving in America in 1893.  A yearning melody from the second movement took on a new life as a popular American song that continues to be reinvented.”